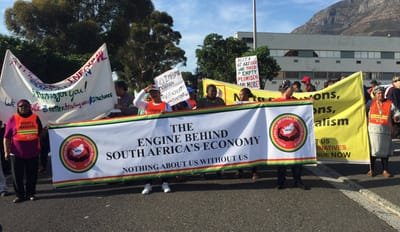 The informal sector is regarded as the backbone of employment creation in South Africa. According to the African growth institute annual report in 2011 the Informal sector's contribution to this country's GDP is 18% of the population that is 40% unemployed.

The key to realizing a dream is to focus not only on success but significance, and even the small steps and little victories along our path will take on greater meaning